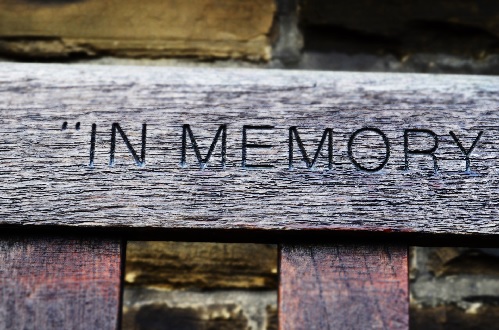 Paul G. Fox, 84, Indianapolis, passed away May 30th, 2022. He was a lifelong Indianapolis resident, born to the late Charles and Walburga Fox on June 30, 1937. He was the youngest and last survivor of eight children: Anne, Charles, Martha, Rita, Therese, Vince, and Virginia.
Paul grew up in the Garfield Park area and went to St. Catherine grade school, Sacred Heart High School, and Marian College (now Marian University).
Paul married Rose Mary Acker in 1959 and had four children that all survive: MaryAnn (Robert) Callahan, Monica (Paul) Bova, Tom (Mary) Fox and Andy (Tricia) Fox.
Paul faithfully served the Catholic Church, spending 16 years at The Criterion, serving as a writer and photographer. Paul then became Public Information Director for Marian College, always proudly representing the school in the most positive light. There he was more than just the PID, he was an ambassador for the college. He took pride in educating students and visitors on the significance of the college with the original owners of the Indy 500, which all had mansions on the campus. He especially loved giving tours of the Allison Mansion, with specific details of how it was built. Paul also made it a point to get to know the names of each student and especially the English as a Second language (ELS) students that came to Marian from different countries in the Middle East, S. America and Asia.
Paul continued to serve his faith by working with Catholic Cemeteries and helped raise money for various Catholic communities through weekly Bingo games at Roncalli High School and at Good Shepherd Parish.
Paul is also survived by his 11 grandchildren, five great grandchildren, and many nieces and nephews.
The Mass of Christian Burial will be Monday, June 6, 2022 at 2 pm at St. Ann Catholic Church, 6350 S. Mooresville Road, Indianapolis, with visitation an hour before Mass. Burial will be at Calvary Cemetery. Services are entrusted to O'Riley - Branson Funeral Service & Crematory. Remembrances and tributes may be made at www.OrileyBranson.com.


Anthony "Tony" Baar, 79, of Indianapolis, passed away surrounded by loving family members. He was born on November 16, 2022 in Indianapolis to the late William Jr. and Madeline Baar. Tony graduated in 1960 from Sacred Heart Central School. He was an United States Air Force veteran. Tony was hired at Allison (Detroit Diesel Allison) and worked as a Committeeman. He was a devoted man of God and belonged to St. Ann Catholic Church. Tony was a member of the Knights of Columbus and served as a Grand Knight. He never met a stranger and was a friend to all. Tony enjoyed fishing, playing corn hole and cards. He was a handy man and wood worker. Tony made and gave away bird houses, crosses, cremation urns, potato bins, trash bins and corn hole boards. He loved spending time with his family, especially his grandchildren and great grandchildren. Tony was preceded in death by his loving wife, Helen Baar and his faithful cat, Smokey. Visitation will be Tuesday, June 7, 2022 from 4:00 to 8:00 pm in Hampton-Gentry Funeral Home. Mass of Christian Burial will be held in the St. Ann Catholic Church (6350 S. Mooresville Road, Indianapolis, IN 46221) at 11:00 am. Inurnment will follow in Calvary Cemetery. Survivors include his son, Billy (Amy) Baar; daughters, Beverly (Jeff) Smith and Karen (Kent) Meunier; sisters, Mary (Lew) Sharp, Sandy Kramp and Barb Sharp; brother, Joe (Jill) Baar; grandchildren, Jeff Jr. (Erin) Smith, Scott (Ashley) Meunier, Brooke (Mike) Hamilton, Taylor (Steven) Eickleberry, Hunter (Katie) Baar, Tori Meunier, Shelby Baar, Wyatt Baar and Grace Baar; great grandchildren, Kamree, Matthew, Hank, Logan, Mason, Poppy and Walker; sister in law, Ann McLean.